We have updated detailed documentations and tutorials in this M33 release which updates and merges with the previous releases. For each application tutorial, based on users feedback we obtained for this release and previous ones, we have made an improvement on both learning side and development side of the documentation. We divided VECMAtk tutorials into two formats, namely static and interactive. The static tutorials are accompanied with the previous M24 VECMAtk release while the interactive tutorials continued to be available in this release. Both static tutorial interactive tutorial are constantly updated in the latest release. The publicly available deliverable D3.5 published on the main VECMA website provides further information.

The comprehensive all-in-one VECMAtk tutorials containing all following components which establishes a platform for verification, validation and uncertainty quantification (VVUQ).

The interactive tutorials with Jupyter Notebook provide a portable training environment without requiring the installation of the VECMAtk components. Specifically, these tutorials focus on trying out FabSim3, EasyVVUQ, QCG-PilotJob and EasyVVUQ-QCGPJ using example applications. These interactive tutorials offer unique opportunities to teach and learn independently on how to perform VVUQ analysis.

The links to the detailed tutorials for the VECMAtk components and applications are provided below:

FabSim3 is an automation toolkit written in Python 3  featuring an integrated test infrastructure and a flexible plugin system. There are several plugins available from a diverse range of scientific domains, such as

QCG-Pilot Job is a Pilot Job system that allows to execute many subordinate jobs in a single scheduling system allocation.

EasyVVUQ-QCGPJ is a lightweight plugin for parallelization of EasyVVUQ with the QCG-PilotJob mechanism. To learn more, please see the tutorial example here.

QCG-Client is a command line client for execution of computing jobs on the clusters offered by QCG middleware.

QCG-Now is a desktop, GUI client for easy execution of computing jobs on the clusters offered by QCG middleware.

MUSCLE3 is the third incarnation of the Multiscale Coupling Library and Environment.

We provide four application tutorials to show that VECMAtk can be applied to solve some real world problems. These are:

Each tutorial highlights different components in VECMAtk, as indicated by the corresponding figures. 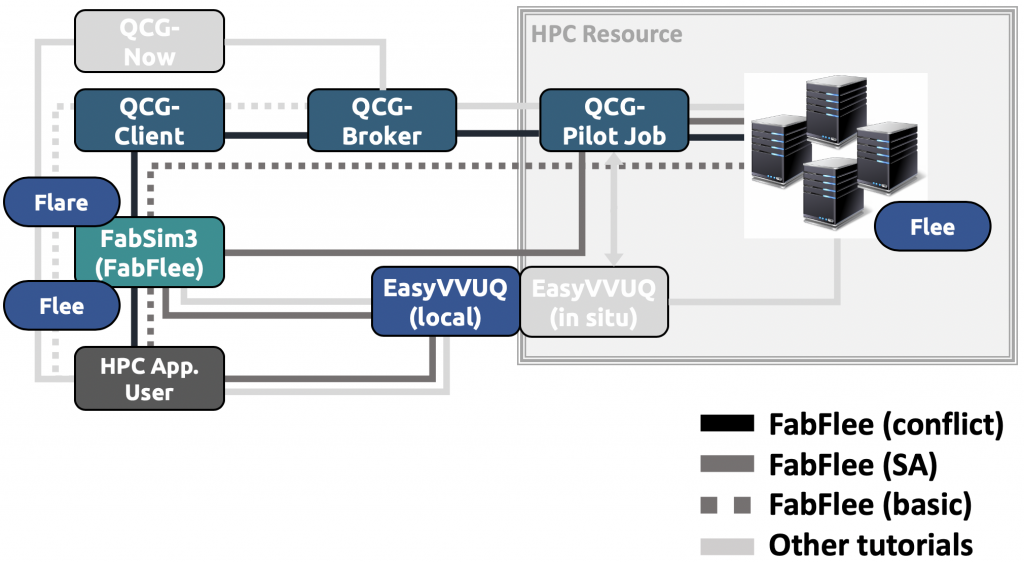 This tutorial describes how to create a Stochastic Collocation EasyVVUQ campaign. 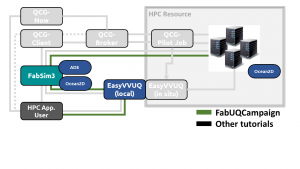 Figure 2: Overview of VECMAtk components used in the FabUQCampaign tutorial.

This tutorial allows users to submit an entire integrated EasyVVUQ and QCG Pilot Job Manager workflow as a single job into the HPC cluster. 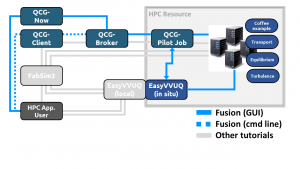 Figure 3: Overview of VECMAtk components used in the Fusion tutorial.

This example shows how to create an ensemble of LAMMPS simulations using EasyVVUQ, execute the jobs through FabMD, then analyse them within the EasyVVUQ architecture. 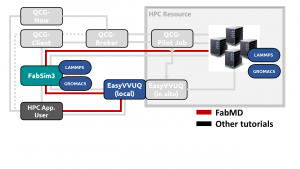 Figure 4: Overview of VECMAtk components used in the FabMD tutorial.